Could anyone gain Superman style powers ? 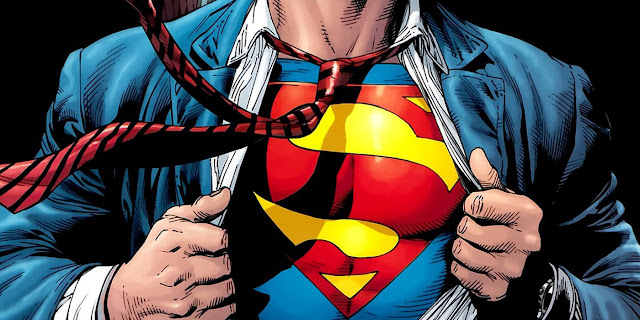 Superman, most comic book fans can tell you, gets his powers from Earth's yellow Sun like some sort of red and blue houseplant.

But that wasn't always the case.

In early versions of the comic his power - which were just super strength and speed at that point - was all down to gravity: His home planet of Krypton was a world with higher gravity than Earth, so his muscles had evolved to be much more powerful in compensation. Superman was just the nth generation result of a world where you had to be a power lifter to not be crushed by your own hair.

As writers added powers to Supes the 'high gravity' explanation started looking a bit weak: X-ray vision, laser eyes, and bullet proof skin... from being used to higher gravity? Er... So the modern explanation of the red/blue super houseplant was invented. But what if we go back to that original explanation?

Could it really work - not for Superman , but for humans some day?

To the delight of my inner super villain... hell, yes: A human living on a lower gravity planet than Earth would be capable of astounding feats of strength: Lifting hugely heavy things, jumping over (small) buildings, even out pushing some motor vehicles - if gravity is lighter the friction between wheels and the ground is less - could all be possible. The effect doesn't just apply to lifting objects, but pushing and pulling them too... and to aerodynamics. Why do I mention aerodynamics? Not only are humans immensely strong in low gravity... but we could fly.

This is not something the Apollo astronauts really got to play with in the cramped confines of their landers. But, in a large lunar base, on the surface of the Moon after it's been terraformed, or Moon-sized world with its own atmosphere like Titan, humans would be light and string enough to fly by flapping strap on wings. You'd need a bit of help to get the initial launch speed, unless you're a champion sprinter, but a pair of roller skates and a steep hill would take care of that

Would it look silly? Yes, probably, but I really wouldn't care as I flapped off into the sunset, roller skate wheels spinning.

Flying and giant boulder juggling may one day be popular sports on a terraformed Moon or Mars, but it's possible to experiment with low gravity today, using the 'Vomit comet' - a plane that flies on a specially designed series of parabolas, creating the illusion of reduced gravity inside the aircraft.

And if you'd like to know what a bunch of humans with low gravity induced superpowers would look like, here's Jane from Outside Xbox doing just that...