Editorial (or me, jumping the gun): NASA is not an exploration agency 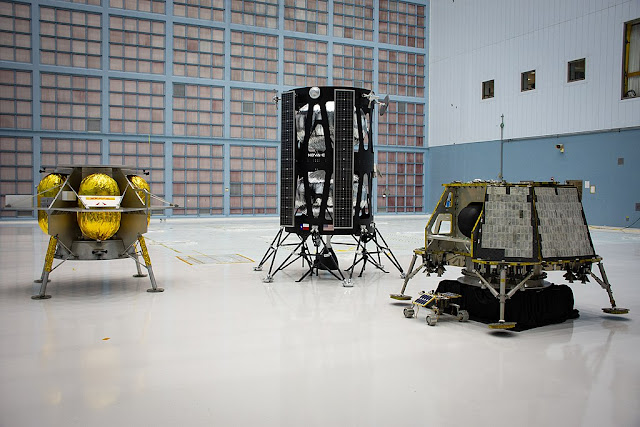 Above: Three of the unmanned lunar lander designs from NASA's CLIPS program. Image courtesy of NASA.

I  like to keep things short,  be they bitter or sweet. I'm gonna offer up my opinion - but! It's a premature opinion based on some thing happening that seem likely but haven't actually yet come to be. Specifically...

Next to all this seeming rapid progress the traditional Apollo style NASA projects will start to look, a little unfairly, rather unsuccessful. People are already pointing to the achievements of companies (even space non-profits) like Blue Origin,  SpaceX, Intuitive Machines,  SpaceIL, the Planetary Society...  and asking: If they can achieve so much, so fast, for so (relatively) little money, then why are thing like NASA's SLS heavy lift rocket several billions over budget and three years behind schedule? Why is it's lunar return already hitting financial roadblocks and being pegged by industry experts to fail?

Above: A brief infographic of the Artemis program to return NASA to the Moon. Courtesy of NASA.

My response would be: It's not fair to expect them to succeed. Because NASA is not, and never has been, a space exploration and development agency. True, it has lots and lots of brilliant people who believe in those things. They try, whenever and however they can, to push those goals. It is only fair to note that many newspace successes have been built on NASA contracts, partnerships, and NASA knowledge. But, ultimately, NASA is an arm of the US government - so it does what the current administration wants in relation to space.  Administrations change every four to eight years, and generally what they want is:


Exploration and development of the universe is not actually high on the list of real priorities very often, and so the actual space exploration and development is slow, and gets done via projects that are cheap enough to run below the political radar - which usually means using robots (the ISS is an exception because it's spending is mandated by international treaties).

My reason for this borderline rant? Well what NASA is going through - or may very well be about to go through - is what happens when you let politicians, presidents, perhaps even the public, make an agency like NASA do what they want. What groups like SpaceX have achieved is what you get when you allow a group of people who love space exploration and development to actually work towards exploring and developing space. So my two pennies is: NASA'S problem with 'getting the job done' is the attitude of the US political system towards it - it's boss, the guys who pay their wages.

I feel for them, we've all been there at least once.

Perhaps the most productive thing they can do is throw whatever support and encouragement they can the way of new space, keep doing their good R and D work, and keep pushing their somewhat-below-the-radar robotic projects. And, probably around 2024, NASA will start seriously looking at buying rides to the Moon from a private commercial provider.

In that way we may eventually get back to the Moon and maybe even on to Mars.... but the day of NASA as uncle Sam's big high tech 'rocket' to swing intimidatingly about the geopolitical urinal will be done. And that will not be NASA's doing, though they will undoubtedly be criticised as if it were. I could be wrong.

I often am, which is why I seldom make predictions.

We will have to wait and see. 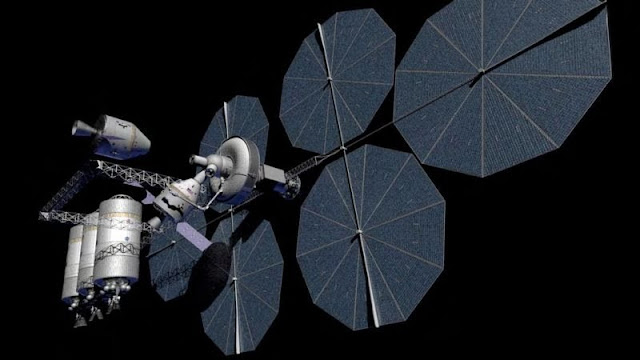