Blogging about the exploration of space seems to be a bit like smoking - even when you know you should quit, you can't. So, very, very quickly:

Weird crystals from the Russian mountains:

Quasicrystal is a form of matter with crystal structure that can only be fully expressed in higher dimensional space. This strange class of material - that started a minor revolution in materials science when it was discovered - has been confirmed to come from the site of an ancient meteorite impact in the Russian Koryak Mountains. A massive expedition there has found more natural quasicrystals, and further results are on their way. Even more interesting, it seems to be present in carbonaceous chondrite meteorites, which date from the solar systems birth.

"What does nature know that we don't? How did the quasicrystal form so perfectly inside a complex meteorite when we normally have to work hard in the laboratory to get anything as perfect? What other new phases can we find in this meteorite, and what can they tell us about the early solar system?" Said Paul Steinhardt of Princeton University, who was part of the expedition. Image above: A piece of lab made quasicrystal. Image courtesy of Stanford University.

The fastest Coronal Mass Ejection ever observed has been seen by NASA's STEREO spacecraft. It was clocked at one percent of lightspeed. If you could ride the front of this blast of particles and radiation it would get you to Pluto's orbit in a little over five weeks.

And Mars have a primitive form of plate tectonics, consisting of just two moving plates, that formed the titanic Valles Marineris. The result comes from a paper by An Yin, a UCLA professor, and shows that Mars may resemble a primitive version of Earth geologically. 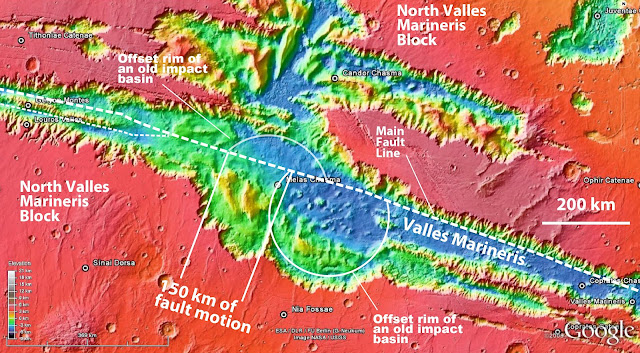 Sunita Williams, an astronaut stationed on the International Space Station, is training to compete in the Nautica Malibu Triathlon in September. She'll still be on the station as she does so, so she will compete using various equipment in the stations gym. Yes, the ISS has gym, in fact it's vital for the astronauts health, but that's another story.... 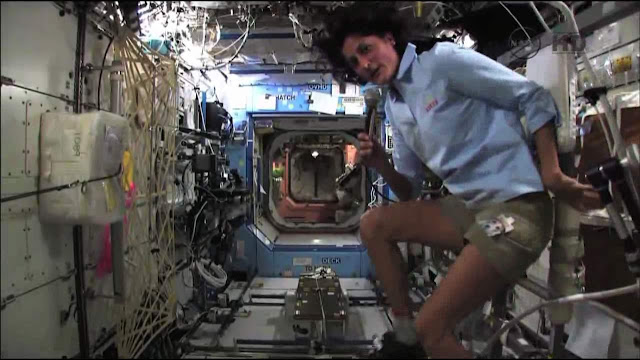 Image above: Sunita, training in the ISS gym. The eighties hair is entirely an artefact of zero gravity, NASA officials say. Image courtesy of NASA tv.
Posted by John Freeman at 13:49