What's the news on Martian methane?

For some reason I don't hear much about the Indian space agency's Mars Orbiter Mission (MOM), but a few photos have trickled down to me (here). However, any information on the mysterious source of the methane in the Martian atmosphere should make a bit more of a splash.....


Alan Stern hints at 'landscapes unlike anything seen on any other world' on Pluto:

Alan Stern, principle investigator on the New Horizons mission, likes to tease us. Midweek he gave a very informative Q and A session on the mission and its findings to date. But he also dropped tjis comment:

"We do see similarities to Neptune's large moon Triton which itself used to be a planet orbiting -- and was since captured into orbit -- around Neptune, but we also see similarities to the Earth in the glacial fields. We see many similarities, geomorphologicaly to Mars -- really blowing our minds that this is another Mars, we call it the other red planet -- and to other icy satellites of some of the giant planets as well, and on our geology team -- and I'm not a geologist -- but the geologists, you know, they work a lot by analogy, where they're looking for examples of similar morphologies that have been modeled and understood in previous explorations, from missions like Cassini and Galileo and Voyager, and we're finding many examples on Pluto and its satellites of other places, but also completely new phenomena. In fact, we're going to be releasing some images later this week of a completely unique type of terrain -- it's just mind-blowing and makes my head hurt to think about how it may have formed -- that we see on Pluto that we don't see anywhere else in the Solar System.."
So stay tuned!


A new look at Io through re-processed Voyager images:

There's a website called unmannedspaceflight.com, where imaging buffs like to hang out and use their skills to wring even more data from the blurred or damaged images sent back to us by our robotic probes. One in particular has caught my eye in the last week: A poster called 'jccwt' (otherwise known as Justin Cowert) has managed to clean up some old voyager images, to give us previously unseen images of Jupiter's volcanic moon Io. I'll let them speak for themselves: 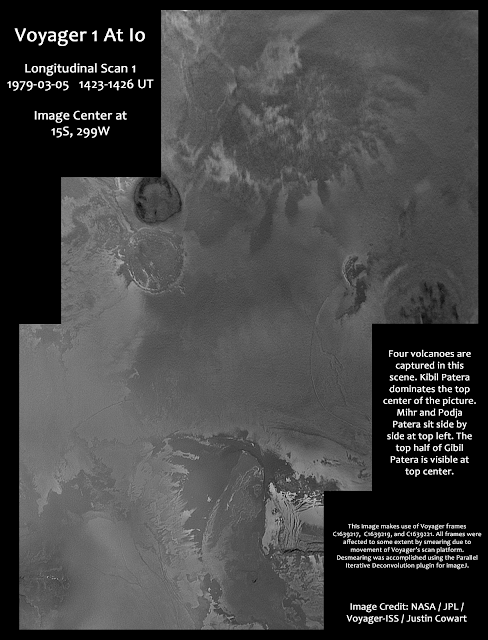 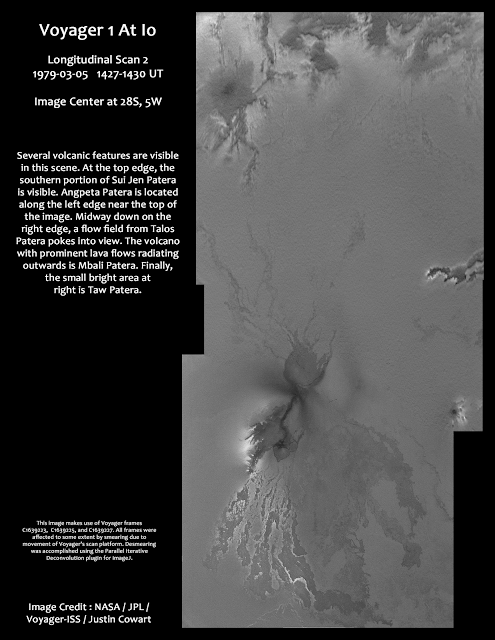 UK signs up to build instrument for really big telescope:

The UK's Science and Technology Facilities Council have signed a contract to produce an instrument called Harmoni, for the European Extremely Large Telescope, a monstrous device that will be 30 meters across and will be able to image exoplanets orbiting nearby stars.

An animation showing the geography of Ceres:

The Dawn mission has revealed a lot to us about the dwarf planet Ceres, but it's still hard to get an idea of the geography of this strange little world - so this quick video has been made, to literally show the world the highs and lows of Ceres;