The Universe comes to us....

A lot of the time when space science gets into the mainstream media it is due to a mission to somewhere in space. But a big chunk of our knowledge, much bigger than many people imagine, is down to the universe coming to us. So here's my ode to the universe coming to us (certainly no offence meant to the 'boldly going' approach), and a few bits and pieces of news on the end:

Oh, but first: Some suitably epic music for this subject:


Fusing Boldness and Cunning: Going and getting the Universe, and getting the Universe to come to us.
There are two ways of exploring the cosmos: 1: Go out to it (or: ‘To Boldly Go’), and 2: Have it come to you (or: ‘To Cunningly Wait’).
It is little realised that 2 is in many ways easier than 1, though with its own weaknesses as well, because it happens naturally all the time.

Image above: The view from Earth: Image courtesy of Marylandweather.com

Look up at that huge, black and twinkle studded, expanse over your head on a clear night - the light reaching your eyes is a wealth of information about the universe, falling onto us for free. Over time we've learned to make the most of that light: At first by careful observation with our own eyes, then using telescopes, and eventually across the whole of the electromagnetic spectrum [1]. We have learned to use the information carried by particles, and fields as well: Projects like Ice Cube (studying neutrinos)[2], Compton (gamma rays)[3], and Cluster (magnetic fields)[4] have allowed us to sense realms of information from space that our unaided bodies cannot.

Image above: Sky seen in Gamma rays by the Compton Gamma Ray observatory. The bright bar across the middle is our Milky Way Galaxy. Image courtesy of APOD NASA.

The cool thing is this shows that science, and the universe it studies, are all one piece: the existence of neutrinos [5] was first inferred [6] from theories that plumbed into the subatomic realm. How ironic then that those theories about the smallest scales opened a new view onto cosmology, the largest.
Many of the instruments we use to sense the torrent of information streaming down on us are undersold by the word telescope : Just take the European Southern Observatory [7], a battery of scientific instruments, some bigger than a small house, high atop various mountaintops, to give us a window into a universe we could scarcely imagine. And we have many observatories like this - the hull of spaceship Earth is studded with sensors [8], and surrounded by a swarm of high tech eyes and ears piecing the deeps of space.

Other things than radiation carry their knowledge to Earth; pieces of matter, more familiar to us than hyper exotic neutrinos, come here every second of every day: Meteorites and space dust carry geologic information to us from all across the solar system, on worlds often long dead or totally destroyed. Some pieces of material we have recovered may even be from the black gaps between the stars, or remnants of the pre-solar nebula [9]that birthed our star system.
This to we have got better at exploiting; Meteor tracking networks [10] have been set up, and we know the best hunting grounds for well preserved space rocks – places like the Atacama desert, or the ice fields of Antarctica. And NASA has for a long time run high altitude flights to collect in falling space [11] dust.
Once these pieces of matter are here their advantages quickly come to light: We can do things with them that we can't do to a sample being examined by a small space craft millions of miles away:

Image above: Mars, showing off its biggest mountains and swirls of water ice clouds. Courtesy of NASA.

A staggering example of this is Mars exploration: Some of our best geological evidence for conditions on ancient Mars comes from actual samples of its crust – yet a sample return mission [17] is at best decades away still. These samples were shot into deep space by the shock waves from asteroids striking Mars. They wandered – preserved by the cold and vacuum of interplanetary space – until the landed here on Earth. As well as giving us evidence of warm and wet conditions on ancient Mars [18] these samples provide possible (highly controversial)  indicators of microbial life [19] there – some of which have been largely debunked, and some of which still have a question mark over them. The scientific process occasionally takes a detour down a blind alley but without these naturally travelling samples of the red planet we would not have even reached that junction yet! And, just to add to the mysteries, there have recently been more meteorites shown to have come from Mars [20]. 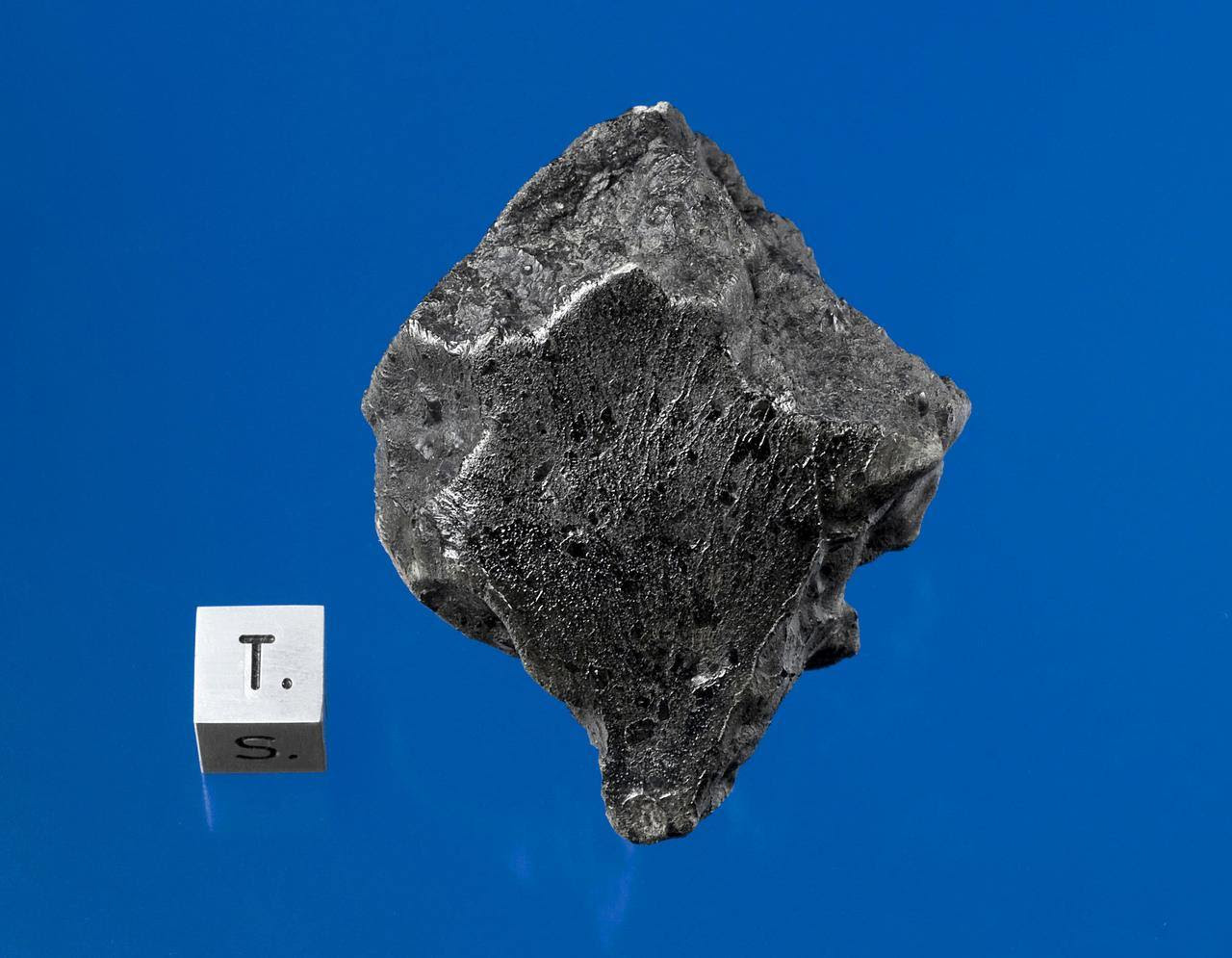 Image left: The new visitor from Mars, which landed here on Earth in July 2011.

Another example is the giant asteroid Vesta [21]. Although the first space craft to visit it – the gob-smacking Dawn mission [22] – only arrived in 2010 we have had samples of it [23] to ponder for many years, courtesy of the giant impact that, thanks to Dawn we now know, tore apart the entire Vestan south pole. A great example of how approach 1 and approach 2 can compliment each other!
There are other scientifically profitable meetings between approach 1 and approach 2. One such approach is sending observatories a short way into space, where see more clearly above our atmospheres distortions, or in wavelengths that our atmosphere attenuates. These are instruments like the Compton observatory (mentioned above), the Planck observatory [24], or the venerable Hubble.

Image left: The Pillars Of Creation, one of the most famous images from the Hubble. To get anything like this view with the naked eye we would have to travel around a thousand light years.

By travelling only a few hundred miles into space we can explore for countless thousands of light-years. Even more, we can look back into the younger ages of our cosmos, even back to the first galaxies, and (completing the circle begun with the discovery of neutrinos) we can use what we see to learn about the most fundamental properties of matter. Black holes and neutron stars are great examples of this [25]: by studying these examples of matter under such improbably extreme conditions [26] we can infer things about its fundamental, sub atomic, make up.

Video above: The Crab nebula, seen an multiple wavelengths. Courtesy of NASA.

A new fusion of approach 1 and approach 2 may be in the offing: A team led by Mikael Granvik has shown [27] via computer simulation that many small asteroids – ranging from 10 cm to 1 meter across – may become temporary satellites of Earth [28]. These are too small and dim to be easily spotted, although a few suspicious examples may have been caught [29]. These objects, if we can pin down their paths and identify one that will wait a few years, could be a great resource: A space mission to study, and perhaps even retrieve, one of these visitors would be far easier and cheaper than travelling clear across the solar system to reach similar objects. Such a mission would need to travel less far, less fast and could carry more weight. It could bring back a significant portion of one of these objects (or just bring it intact back to home, period, and) combine the perfect preservation of deep space with the facilities available on Earth.
None of this is to say that we could do away with the ‘boldly going to look at things first hand’ approach: Without Viking we would not know our Mars samples we actually from Mars, without Dawn the geologic context of the rocks from Vesta would still be obscure, not to mention all the wonders that these missions have shown us that could not even be guessed from samples of rock, however well preserved (Vestas gigantic landslides and grooves, Mars buried glaciers and dust devils). But the best results come from finding ways to have ‘Boldly going’ and ‘Patiently waiting’ compliment each other, and the more we learn from both methods, the better at combining them we will undoubtedly become............

In other news:
Quasi crystals: I will try to post a more detailed report on this soon, but a bizarre from of matter known as ‘quasicrystal’ has been found in rock believed to have come from space [30]. Quasi crystal crystal has regular but non-repeating molecular structure, and to date this is the only natural example of it. 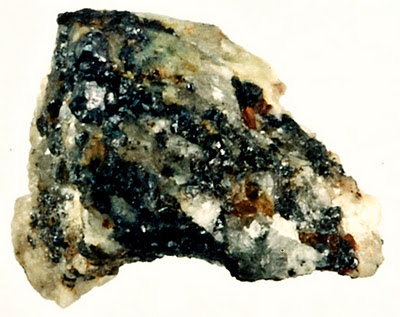 There are three lines of thought supporting its origin: Oxygen isotope ratios found in the rock show it to be from the early solar system, the composition of the rock is similar to carbonaceous chondrite meteorites, and the conditions for quasi crystal formation are more likely in space.  At first the very notion of such a material was far to outre for scientists, and fierce scientific battles were fought for years to have the notion accepted. Until recently it was thought to be created in the controlled conditions of the laboratory only.
Now it seems it may rain from the sky......

Finally: Please spare a thought for everyone who worked so hard, and persevered so much,on the Phobos-Grunt mission to the Martian moon Phobos, and the Yinghuo-1 orbiter to Mars itself. These two probes were launched in November of last year. The launch craft suffered some form of internal malfunction, which stopped it putting the probes on course to the red planet, despite making it into Earth orbit. There was a brief ray of hope late last year when some communications were temporarily restored, and early indications that the craft had some power and was holding its orientation with its own attitude thrusters. But attempts to reach and revive the mission failed, and it burned up over the Indian Ocean. Rest In Peace Phobos Grunt and Yinghuo-1, and my sympathies to everyone who worked on them and was hoping for data from them.