What a space warp looks like, and a few other amazing odds and ends...

Sometimes there's too much cool stuff going on it's hard to keep pace with it all - so here're some recent stories that I haven't had time to cover... but which you need to find out about: 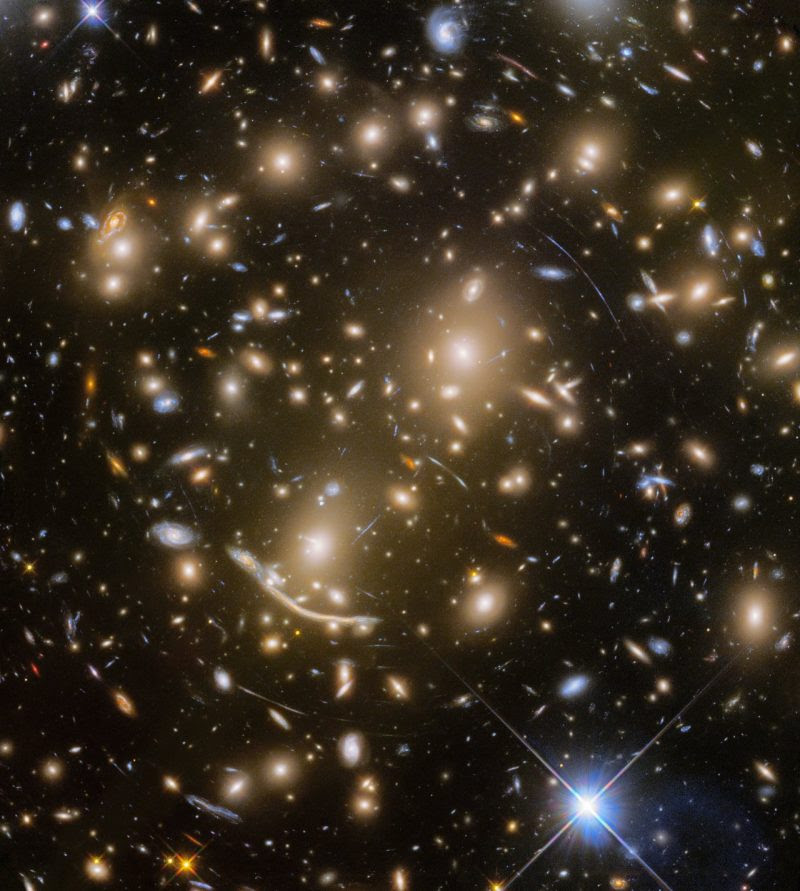 This stunning image, taken by the  Hubble space telescope, is of the Abell 370 cluster of galaxies. But look closely, and you'll see that some of those galaxies look to be distorted into very odd shapes - lines and arcs of light. It's as if we're looking at them through a huge sheet of warped glass.

We're not. Have you ever tried getting a quote for double glazing? No one has that much glass.

The culprit is the immense gravity of the cluster, which distorts the fabric of space - and that magnifies and warps the images of galaxies into these weirds arcs of light.


The US air force has, for years now, been running a small fleet of teeny unmanned space shuttles, called the X37B's. True, it sounds like an indie pop band, but these spacecraft regularly travel out into space to... well, no-one's entirely sure, since their missions are top secret.

But what we do know is that last week one returned to Earth after a mission lasting nearly two years - a record breaking length of time. Residents of   were in no doubt about this, as the sonic boom it caused as it re-entered our atmosphere shook windows.

Cassini flies between Saturn and its rings:


NASA's Cassini space craft, and it's mission to Saturn's system of rings and moons, has been one of the wonders of my lifetime. It's revealed them to be more like a miniature solar system, including one world that could support life, and another that is almost too bizarre to imagine. But the ship's fuel is running out, and so NASA has started it on one last, spectacular, phase of it's mission: Making 22 dives into the space between the giant planet and the lowest rings, to study Saturn up close and learn how the rings and planet interact. It's just completed the first dive, and returned some of the most stunning images ever returned from space: