One hell of a week!

Before anyone points this out, yes I know that most of what I'm reporting today is not directly ancient solar system related, but as a space geek some things I just can't let pass without mention. The events of last week are high on that list - it was a roller coaster. I have a piece on the upcoming [1]Juno mission that I will be posting Friday night, but before I do that....

My heart goes out to the team behind the [2]Akatsuki (Literally: dawn) mission. This is the Japanese space agency's (JAXA) first attempt to put a space ship in orbit around Venus. It was scheduled to fire its main engine, and go into orbit around this [3]mysterious and [4]deadly sibling to earth on Wednesday, but [5]something has gone wrong...and quite badly to.


At 11:49 pm UT the engine began its main burn. As the crafts path took it behind Venus from earths point of view contact was lost. JAXA expected to get contact back after around 20 minutes. but those of s following the mission knew something was wrong ; Ten minutes after the blackout was meant to end.... no cheering, no applause.. no contact with Akatsuki. JAXA engineers laboured to re-establish contact, and eventually got an intermittent signal from the crafts [6]Low Gain Antenna. Akatsuki was in '[7]safe mode' (think of it as survival mode, basic functions only), out of position, and spinning, meaning that even the LGA was only talking to Earth for 40 seconds out of every 10 minutes. As the team slowly downloaded drabs of data a picture o what had happened -  one that still has many blanks- began to emerge.
The moment he engine fired up then the internal fuel tank pressure began to drop - for [8] 2 minutes 32  seconds the crafts acceleration dropped away from what it should have been then it nosedived, recovered a little, and Akatsuki's computer decided to switch [9]attitude control from the reaction control system to the internal reaction wheels. When this happened the computer also shut off the valve supplying fuel to the engine, and the engine stopped. Akatsuki ran like this for 3 minutes and 37 seconds, until the computer brain realised it couldn't recover the maneuver and put the craft into safe mode. 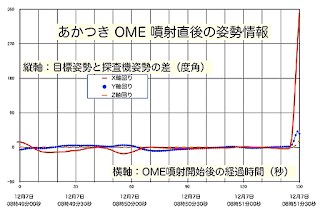 Image right: the orientation of Akatsukis X, Y and Z axis with respect to time (time along the horizontal, orientation in degrees along the vertical). As you can see something caused the craft to begin wobbling. Image courtesy of JAXA .

What does this mean for Akatsuki? Well the probe is now on an orbit slightly inside that of Venus, so it is slightly faster and at present the probe is drifting slowly away from Venus. Once it is a half orbit ahead then it will start drifting towards Venus (the video below is clearer), but it will take six years for the injured bird to return to the vicinity of Venus.


Video above: the orbit of Akatsuki and Venus, illustrating how it will take six years to return to the vicinity of Venus. Video courtesy of JAXA.
Exactly what will be done with Akatsuki now depends on a lot of factors that aren't yet clear: She still has 80% of her fuel in the tank,  but [10]if the engine has been damaged by the failed orbit insertion then that won't do our lady a whole lot of good unless a workaround can be found. However the craft is otherwise healthy,an the status of the engine is not confirmed, so it is possible [11]they could try again in six years. Even if the engine is inoperable JAXA showed with the [12]Hayabusa mission how inventive they can be -  we can hope that they will find a way to still make use of Akatsuki, perhaps by changing the mission to study asteroids and comets. If the damaged engine is partially operational or another means of changing Akatsukis path, like [13]solar sailing ([14]as was done with Hayabusa), can be found they may be able to station her at one of Venus [15]Lagrange points and conduct long term studies of Venus from farther away than planned. But knowing the reputation of JAXA engineers we can expect heroic efforts and out of the box thinking to salvage as much use from Akatsuki as humanly possible 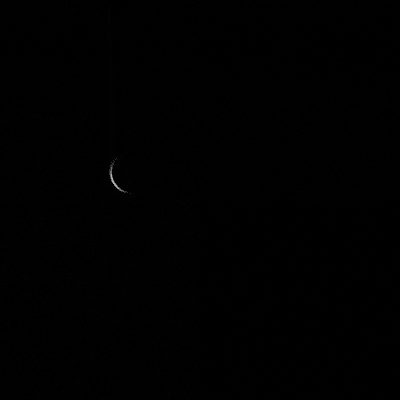 Image above: Venus as seen from Akatsuki as it drifts away from the evening star. Its a sad image, with so much undone. But we can still hope that all is not lost. Image courtesy of JAXA
....And in another kick to the ribs it seems that [16]Nanosail-D may have failed to eject from its fast-sat mother ship. This was to be NASA's first successful attempt at unfurling a solar sail in space.... but for solar sailing fans at least JAXAs solar sail mission [17]Ikaros, launched on the same rocket as Akatsuki, is in good health and performing flawlessly. In fact while Akatsuki was fighting to survive [18]Ikaros also flew by Venus! 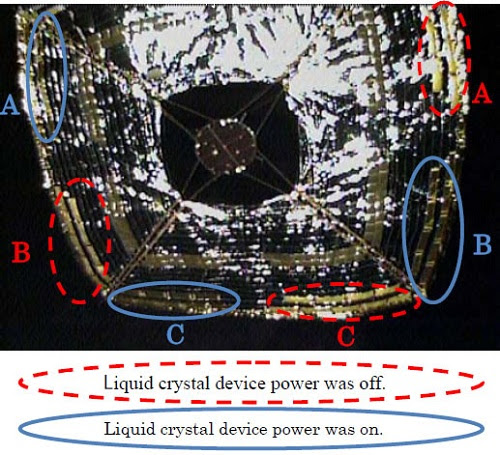 
Video above: The launch of the Dragon spacecraft on its maiden flight, atop its Falcon 9 booster.
Wednesday night, British time, [20]SpaceX launched its privately developed [21]Dragon space capsule, atop it privately developed Falcon 9 rocket. The ship orbited our cerulean Earth for about two hours, before making a flawless splashdown. Its easier to write reams about bad news than it is about good, but this is a truly historic flight. SpaceX is owned by South African born American citizen Elon Musk. At the  post mission conference, and admittedly looking like sleep hasn't been huge on his agenda recently, Mr Musk made a lot of interesting statements. Near the top of the list was that while profit was needed for any company to survive, his main goal was to help establish humanity as a space faring civilization -  how cool is that?


Video above: The post mission debrief for the maiden flight of the Dragon space capsule. Video courtesy of nasatv. 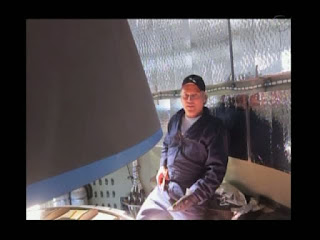 Image left: Marty Anderson. My hat is off to you sir! Image courtesy of [22]Silmfeanor on nasaspaceflight.com.

Earlier in the week a test firing of the [23]Falcon 9 had revealed a damaged engine nozzle. An engineer, although Elon describes him as more like an artist, named Marty Anderson went truly above and beyond to come to the launch site and conduct the repairs: He is afraid of flying! Despite this he was on the first available flight from California, which gives an insight into how passionate and dedicated Musks team are. There's a lot more, so check out the press conference above. Oh and he Monty Python related secret cargo Mr Musk mentions? It was wheel of cheese! 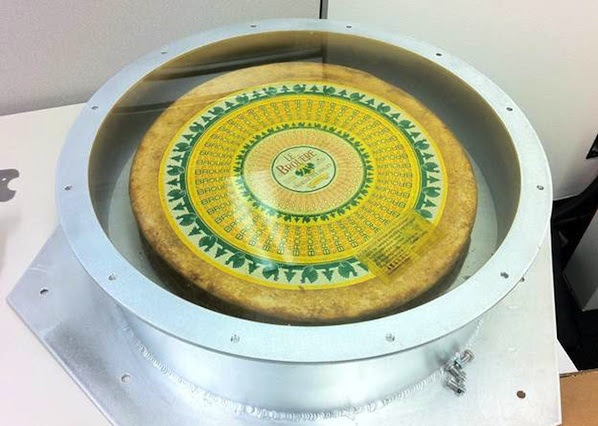 Image Above: Cheese from space! The wheel of cheese flown on the Dragon space capsules maiden flight. Image courtesy of spaceflight now.
Finally, something that is directly ancient solar system related: 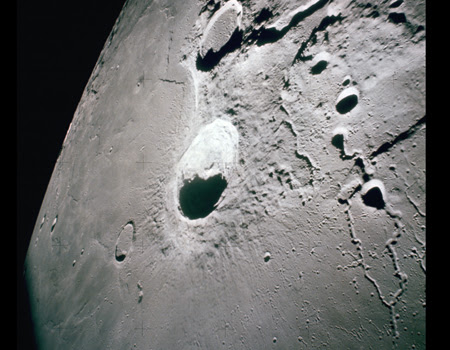 Image above : Earths Moons, still mysterious! Image courtesy of NASA
Ever heard of [24]sidereophile elements? These are chemical elements, like gold for example, that according to the [25]giant impact hypothesis of the Moon formation should have been relegated to Earths core when a titanic collision reduced Earths entire surface to a magma ocean. That collision spewed debris into space that formed the Moon. However there is an obvious hitch; sidereophile elements are actually fairly plentiful in Earths near surface. So is the model wrong?
Not necessarily. [26]A new study has suggested that huge, but not quite planet destroying impacts could have replenished the young Earths stocks of sidereophile elements. These collisions would have been almost the last stage of terrestrial planet formation, and the Earth, Mars and our Moon would each have got clobbered with different sizes of debris: A few hundred kilometers across in the case of the Moon, up to a thousand kilometers across for Mars, and  up to 1500 km across for the Earth. Good news indeed if you are looking for a gold engagement ring! Not so good if you were standing on any of those worlds at that time. Although the giant impact model is widely accepted, there are still plenty of kinks and questions about it, so it is good to see scientists working on refining this idea.

Next : Juno, A new frontiers mission to crack the secrets of Jupiter.