What could live on Mars?
My last post I put up was asking 'why spend thirteen years on Mars'... and one answer, though by no means the only one one, was 'in the hope of finding evidence of alien life'. Maybe that's a vain hope. Maybe not. But, if anything does survive there today, what type of life might it be?

Well, one way to try and work out what our speculative Martian  might be like is to look at the Mars like environments on Earth, and see what eeks out a living there. And that is exactly what astrobiologists do: One of their favourite spots is the Atacama desert.


The weather station at Chott el Jerid. Credit: Felipe Gómez/Europlanet - See more at: http://www.astrobio.net/topic/origins/extreme-life/mars-like-places-on-earth-provide-insight-to-life/#sthash.pKQ24ubp.dpuf
What lives in the Atacama, where it often doesn't rain for decades? Where the soil is loaded with poisonous perchlorate salts, like Mars, and the sunlight teems with sterilising UV, like Mars?

The truthful answer is 'not much' but something. In fact a few very tiny things have found ways to literally suck the water they need out of the air, while hid beneath the surface from the scorching UV . These micro-organisms, called 'halophiles', have come across a simple trick: In the terrifying Atacama wilderness they make their home inside layers of salt crystals. In the desert conditions actual liquid water is incredibly rare, but the salts a have special properties: Firstly They absorb water molecules directly out of the air. In a process called deliquescing the water molecules build up n the crystal structure until the salt actually dissolves into a blob of ultra salty water - and since the word 'halopjile'  means salt loving, guess what type of water these creatures can use? That's right microbe lovers*, water so salty it'd be poison to most creatures.
This salty water has other magic properties: The salts act as antifreeze, keeping it liquid and usable in the cold (down to minus fifty degrees Celsius in the case of some salts). And it stabilises the water against evaporation into the thin Martian atmosphere.
Protected beneath the surface from the harsh conditions the halophiles eek out an existence in a place where - according to all the signs on the surface - life should be impossible.

A bit like Mars, in fact. "The conditions on Mars, where the relative humidity is high and the available water vapour is approximately 100 precipitable microns, is the equivalent of the drier parts of the Atacama Desert in Chile," John Rummel, of East Carolina University, told Space.com recently....so could something similar be happening there?

The idea of salts being the key to creating water on Mars does have some evidence: Evidence from the Curiosity rover suggests that the very perchlorate salts that poison the soil in the region deliquesce in exactly this way. Although they probably aren't producing enough water at Curiosity's location to support life, there are other regions of Mars where the potential amount of water that could form this way is much higher. There are even those who believe that the Phoenix mission to the Martian arctic saw water (or at least wet mud) formed in exactly this way.

But we also should be careful with the idea that this water could be supporting life: Mars is still much, much, harsher than the Atacama. The Martian sky bleeds radiation, the tiny amounts of water would be loaded with toxic substances, and the temperature can drop to extremes of cold no terrestrial environment could hope to match. Even the very toughest organisms might never be able to adapt.

Still, that won't stop us dreaming of the possibilities - and that's one reason why robots like Opportunity rover will keep on rolling...


Above: A video record of Opportunity rover's long journey across the Martian landscape. Courtesy of JPL/NASA

One week to go, and Pluto is starting to resolve itself.... 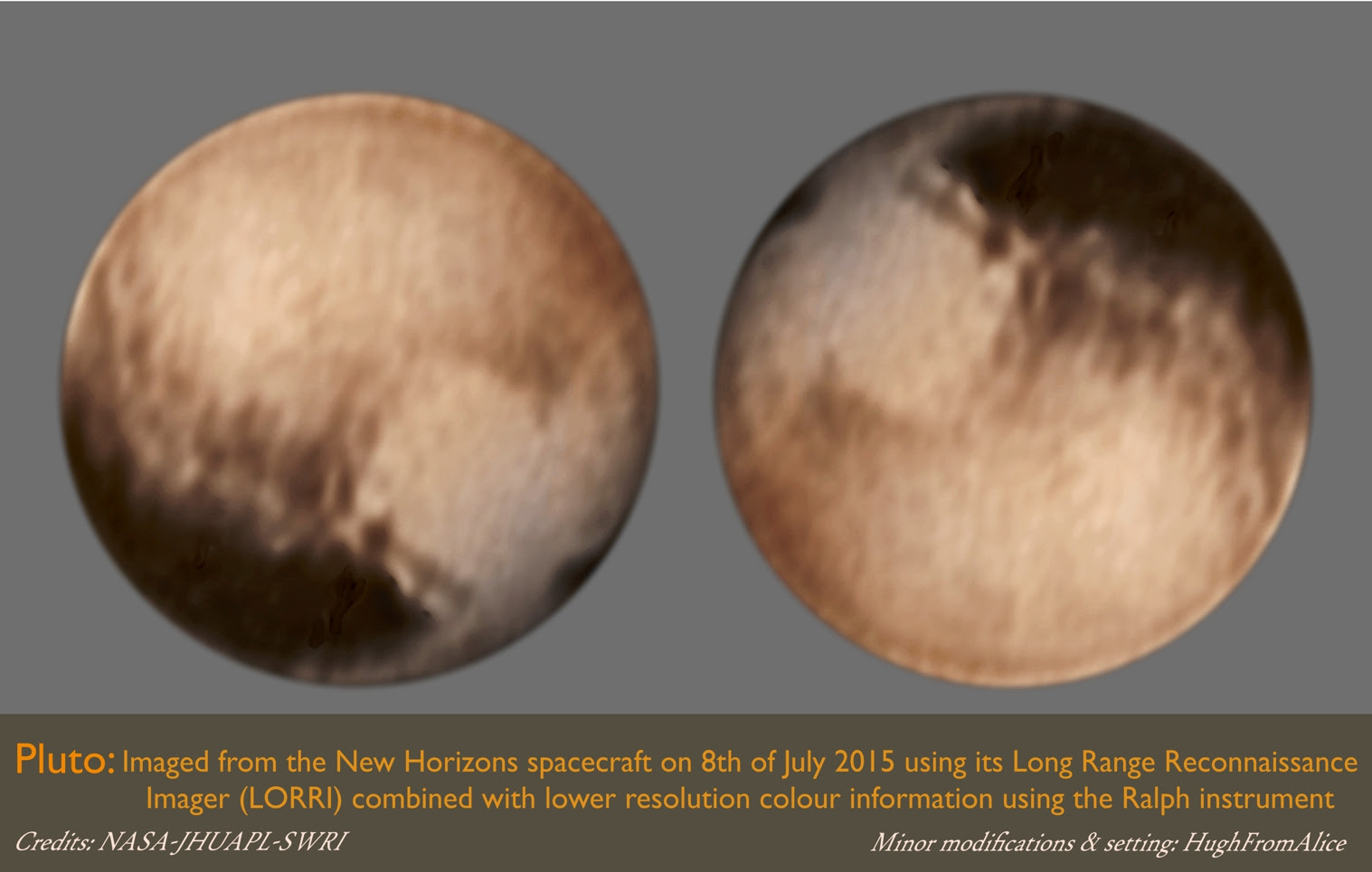 Elsewhere on the internet:
Submarine for Titan under development
Solar sails forthe next step into deep space
NASA developing tech for exoploring lunar caves
Exploring shadowed areas of the Moon

* That just mean folk who like microbes aesthetically. Nothing kinky. You weirdos.
Posted by John Freeman at 23:47